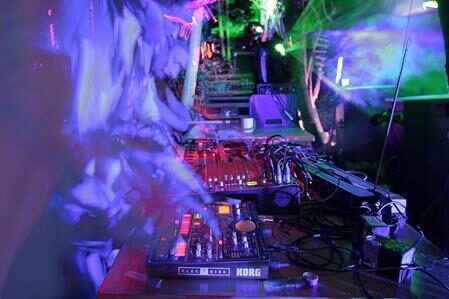 Become part of this great dub story and support us to make the LP possible – it is all for the love of it!

„dub is the all uniting music, the only, the one.“

Starting in 1998, Dub Flash was the first website in the history of the internet dedicated to Dub music. In 2000, it turned into the Dub Information Portal, some sort of social media portal for Dub, long before social media was invented. In 2003, Dub Flash Records was founded, followed in 2004 by the Outer Space Dub XPress webshop and distribution. Since 2007, we make radio shows under the brand Dub Mash. In 2009, Dub Flash teamed up with MoonBass Hi+Fi for some heavyweight sound system events. Nowadays, the record label and the radio show prevail.